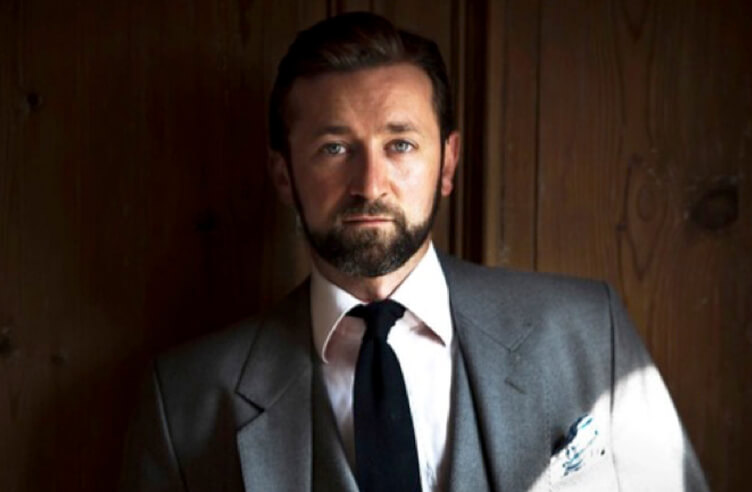 Memoirs of a Fruitcake

by Chris EvansIt’s not the most amazing book and probably wouldn’t go down on a ‘must read’ business book list, but I found Chris Evan’s Autobiography really inspiring. He is a very driven individual who doesn’t necessarily do everything as is expected and the fact that he managed to do everything whilst having fun, just proves that you always do your best work when you are enjoying what you are doing.

What would you say to your 18-year old self leaving Wellington?

After leaving College, Tom Wharton read Music at Newcastle University before working in media sales for a number of years. After turning his energies to running Summer Camps, bringing foreign children to England during the summer holidays to learn English and experience English culture, he joined a small tailors based in London. Initially brought on board to run the bespoke shirt side of things, he quickly ended up working on all areas of bespoke clothing. After his then business partner decided to spend all of their money partying with a customer in Mexico, Tom ran away to the countryside!

Here he worked for a small Telecoms company and helped grow the company from 25 to over 400 as the Group Telemarketing Manager, taking his team on to become the most successful Siemens reseller in Britain and 3rd in Europe. Unfortunately when the Company came to be floated the team behind the floatation realised that having a 42ft catamaran company boat, silly cars and a hugely over paid management team wasn’t the best way to get the most money for the owners, so Tom was made redundant along with the majority of the management team!

This came at quite an opportune time as Tom was commuting from Cirencester to Southampton every day, after meeting his soon to become wife, so he moved lock, stock and barrel to Cirencester and went back to what he really loved, tailoring, and set up Barrington Ayre Shirtmaker & Tailor. Barrington Ayre Shirtmaker & Tailor is a luxury made in England, bespoke and made to order clothing company, based in Cirencester with a visiting tailoring service across the UK and abroad by appointment.

After being asked by a number of customers to make their golf clothing, we set up a new side of the company, Barrington Ayre Bespoke Golf, in January 2016 and this is being followed by Barrington Ayre Equestrian at the end of this year.

What’s the best piece of advice you’ve ever been given?

I have an amazing customer who is in his mid-eighties now, still very sparky, bright and energetic and loves his clothes! We were having a chat the first time he came in to see me around 9 years ago and he said, whilst not trying to sound arrogant, that he had more money than he could ever spend but would, if he had the chance, go back and leave most of the money to have worked less and spent more time with his family and friends. He said that he spent far too much of his life working to earn great wads of cash but in the end when he finally got the time to spend it, he found that his family had grown up and most of his friends had moved on, and he couldn’t get travel insurance to go to the places he had always dreamt about! So I try to have the best work-life balance I possibly can now and take every opportunity to experience as much as I possibly can and spend as much time with my family and being part of their life whilst they are growing up.

Golf clothing is quite specific, when you were at College what did you think you would be doing in later life?

I certainly didn’t think I would be a tailor at College! I have to admit I didn’t really know what I wanted to do at College at all. I wish I had been a bit more focused on my future at College and the new Careers Fairs that College do now are a great thing and I wish we’d had some of those when I was there. I did have ideas of becoming a vet but managed to mess up my GCSE Biology so that put an end to that idea!

Which sporting legend would you like to make sports clothes for and why (doesn’t have to be golf related)?

I am incredibly lucky to make clothing for a number of sporting legends, including Will Carling, Phil Tufnell, Shane Warne, Robbie Savage, Chris Wood, Marcus Fraser, David ‘Bumble’ Lloyd, Jos Buttler and Michael Vaughan at the moment, but someone I would love to make some clothes for is Jenson Button. I think he is an amazing sportsman who has managed to survive in a very cut throat industry for an incredibly longtime. He doesn’t seem to have been effected by the money and the glamour of motor racing as much as people like Lewis Hamilton, and I think his more classical English look would work brilliantly with our style.